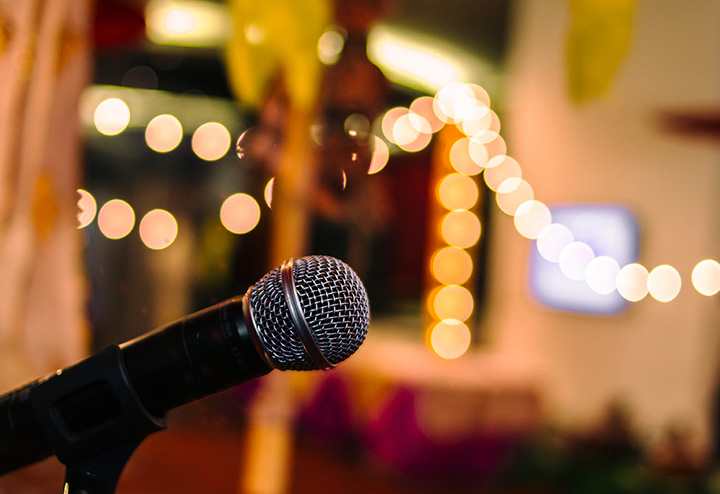 If you’re in New Mexico and find that your funny bone needs a tickle, a night of comedy will do the trick. These venues showcase a wide-range of talent, from aspiring comic to well-established comedian. An evening of light-hearted entertainment designed just to make you laugh is serious fun.

Located in the spectacular Sacramento Mountains in south central New Mexico, this ca-sino draws some of the top professional comics. Check their calendar to see what’s coming!

In addition to showing an eclectic assortment of unique films, this independent movie house also hosts frequent comedy nights. It draws local and touring comics. The even-ing’s format generally presents a headliner and a couple of featured comics, all overseen by a host, quite often also a comedian, for a night of chuckling that lasts about an hour-and-a-half. Cost ranges between $7 and $10. Attendees must be 18 years or older.

This is billed as the city’s No. 1 place for improv and has a litany of “Best of Burque” and “Best of the City” awards to support that. This is more than just a traditional perfor-mance venue. There are open-mic nights and ongoing instructional classes for beginning, intermediate and advanced students of improv. Performances are Friday and Saturday nights and range in prices from $6 go $8 dollars. A terrific night of laughter where you’re challenged to “Think Inside the Box.”

This restored historic theatre was built in 1926 and is now listed on the National Register of Historic Places. It has a calendar filled with a lively assortment of productions, including performances by touring comedy troupes and instructive workshops on how to make people laugh. Owned by the city and operated by the Dona Ana Arts Council, this performing arts center makes going to the theater an engaging activity.

View more New Mexico Comedy Clubs.
Select a New Mexico town to find
the Best Things-To-Do and Places To Go around you