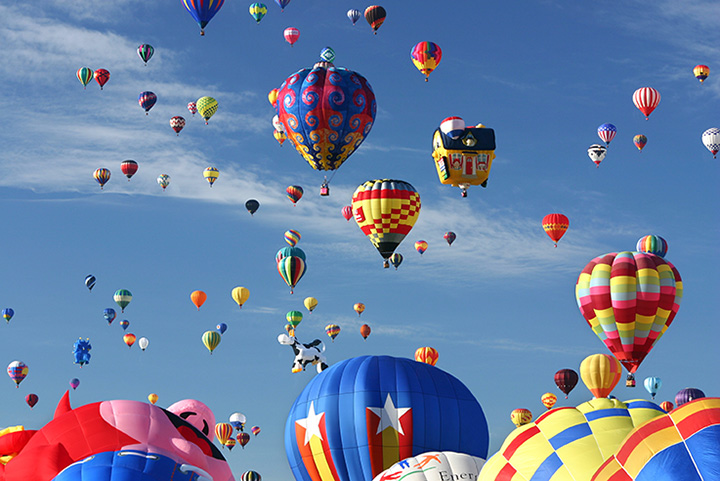 Think you know all there is to know about New Mexico? This gorgeous western state might have a few surprising stories to tell. Here are 10 fun facts about New Mexico that deserve to be shared.

You can see four other states from Capulin Volcano.

This lone-standing cinder cone volcano is extinct, but visitors still flock to the national park for the scenery and the chance to see the world around them. Depending on where you look, you can catch glimpses of Colorado, Texas, Oklahoma, and Kansas on a clear day.

The famous Taos Pueblo was built over 1000 years ago.

One of the oldest living structures in the USA, the Taos Pueblo has housed the Red Willow people for over 1,000 years. Currently closed due to COVID, the pueblo is typically open for visitors to explore the native American way of life.

Carlsbad Caverns receive half a million visitors every year.

Among the most famous caverns in the country, this impressive underground network is nothing short of awe-inspiring. In total, more than 119 caves comprise the attraction.

For 400 years, New Mexico has honored the timeless tradition of winemaking ever since the Spanish first planted grapes along the Rio Grande. The state makes a number of wine varieties, including bubbly, reds, whites, sweet wines, and more.

New Mexico has more PhDs than any other state.

As part of a campaign to prevent forest fires, Smokey Bear was developed based on a real black bear cub that was found during a fire in 1950. He has since become the poster bear for national parks across the country.

New Mexico is a young state, but an old settlement.

As the 47th state to receive official statehood, people were settling in New Mexico long before the pilgrims landed on the east coast. Technically speaking, Santa Fe is the oldest capital in the entire country, having been established in 1610.

There are more cows than people in the Land of Enchantment.

Home to 13,500 ranches, including Creek Ranch and Ladder, cows outnumber human residents in the state. The state has a relatively low population density, about 20 people per square mile.

The Albuquereue International Balloon Festival is the largest of its kind in the world.

There’s nothing quite as magical as New Mexico’s annual hot air balloon festival, which showcases more than 500 hot air balloons each year. The festival has been going strong for 50 years.

Santa Fe is the highest state capital in the country, sitting at more than 7,000 feet above sea level.

This goes against the idea that New Mexico is mostly desert and dunes. In fact, New Mexico’s landscape is a rich tapestry of mountains, forests, prairies, rivers, and lakes — and desert.