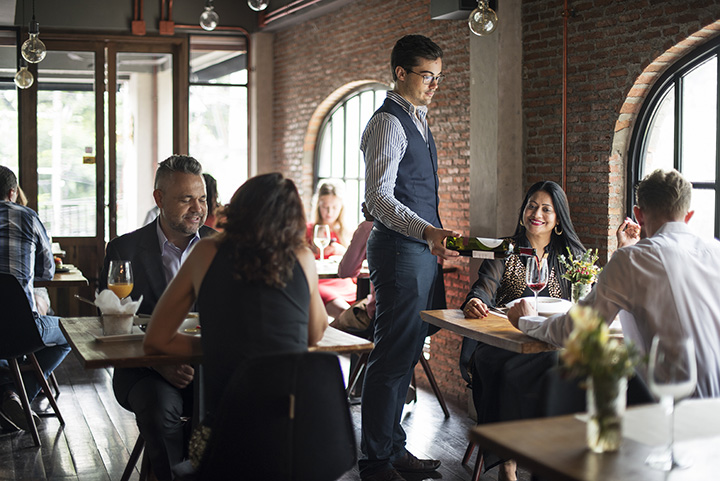 Sometimes a restaurant is more than just a place to have a meal, it’s an opportunity to learn about the past. From an old general store turned café from centuries-old sod-style abodes, New Mexico's historic restaurants are rich in character. Here are the 9 best in the state.

Iconic and historic are the most appropriate words to describe this restaurant and bar. It’s been a landmark in town since the middle of the 1800s. It was first known as La Cantina del Canon, a popular saloon on the dusty, dirty trail that was Canyon Road, but for the last 30 plus years it’s been a favored spot to eat, drink and make merry. Open for lunch and dinner, plus there’s tapas fare at the bar. Saturday night is all about Flamenco, though, so grab your castanets and go.

This old adobe exudes history—when it was built in the 1840s it was known as The Compound, an assortment of haphazardly connected buildings; it became a stop on the Old Butterfield Stagecoach Line shortly thereafter, Ulysses S. Grant and Kit Carson hung out here. Since the 1930s, it’s been a popular watering hole for travelers, transformed throughout the years into 17,000 square-feet of dining enjoyment. The menu is full of traditional “New Mex” dishes. On the National Register of Historic Buildings, it’s a true symbol of the Wild West.

The discovery of gold put this town on the map in the 1800s and was the genesis for the original owners opening this saloon. Gold is long gone, but the treasure here, now, is the Buckhorn. From the first miners who crowded into it for a beer to the hundreds of world travelers who’ve dined on its steakhouse-meals to the musicians on stage, this is more than just a saloon, it’s destination, as well as a piece of local history. Known for its USDA prime and choice steaks—New York, filet mignon, rib eye. Cowboy up with one Buckhorn style, smothered in Hatch green chile sauce.

The late 19th century in southeastern New Mexico was a time of settlement. Small towns like this one, originally named Eddy, cropped up and that brought commerce. This building, constructed in 1892 from locally-crafted brick as the First National Bank, also was home to the town’s first newspaper and the office for Pat Garrett of Billy-the-Kid fame. Today, after a refresh and refurbish, it is a distinguished hotel and bustling restaurant for breakfast, lunch or dinner. When you visit, be on the lookout for Ruby, the female spirit that purportedly haunts the place.

Earthen bricks, dug by hand from the banks of the nearby Rio Grande River, were used to build this sod-style abode more than two centuries ago. It’s still standing as one of the oldest buildings in town. The restaurant opened in the 1930s by the Perea family, who still oversees the making of authentic New Mexican fare. Find a seat the bar, out on the patio or indoors in the dining room for lunch only Monday through Saturday. Don’t miss the sour cream enchiladas.

A vertical well, now a fountain. A small plaza, now a spectacular lobby. An array of adobe houses that date from the 1800s, now a legendary inn, restaurant and bar—experience the historic Taos Inn. The imaginative dining at Doc Martin’s highlights fresh and local ingredients with a touch of the southwest. The adobe bar, lovingly referred to as the living room of Taos, is a place to enjoy a bite to eat or a Cowboy Buddha margarita, all the while soaking up the sweet sounds of whatever musical entertainment is happening.

Throughout the last 130 years, this establishment has continuously operated as a place of commerce—a post office, stage stop, bank, telephone exchange, drug store, telegraph office, soda fountain and a restaurant. On both the National and New Mexico Registers of Historic Landmark sites, it is the definitive historic heart of town. The store’s walls are packed with historic artifacts, antiques and mementos of a bygone era. The menu is simple but delicious, a mix of American and southwest favorites. The burger and fries are great, but even better with one of their hand blended milk shakes and malts made with real ice cream.

This grand dame restaurant is overseen by the state’s grand dame of restaurateurs, owner Florence Jaramillo, wife of Arturo (now deceased), a descendant of one of the first Chimayo colonists. In the 1960s, the family’s original hacienda was restored and became this world-renowned restaurant. In 2014, it was honored as one of the state’s Culinary Treasures, not because of its history, because of the extraordinary food—spicy guacamole, hand-rolled tamales, blue corn enchiladas, carne advoada and their signature dish, stuffed sopaipillas.

This restaurant could, quite possibly, be in one of the oldest residences in town, the Casa de Ruiz, which would make it one of the oldest structures in the state. History is only as good as the written records of the past, but there is just enough documentation to make these two statements possible. The menu is full of southwestern favorites, fajitas, tamales, chile rellenos but you’ll also find burgers, salads and sandwiches. Hint: everything tastes better with their award-winning salsa…hot or medium. Be sure to sit in the garden patio, weather permitting.