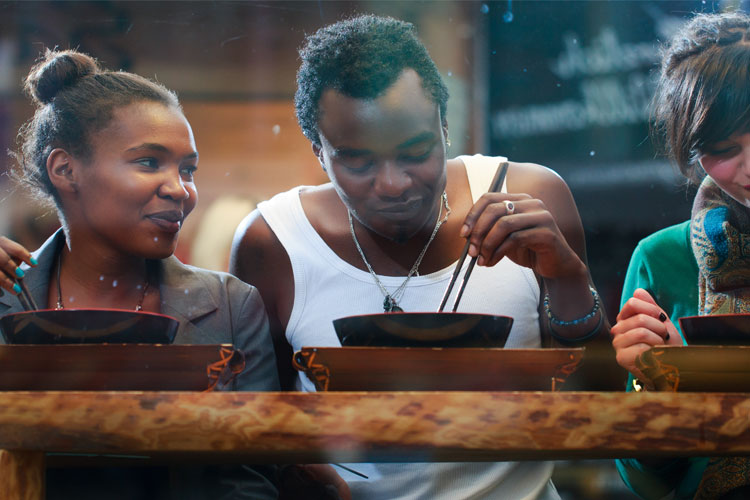 This Vietnamese specialty is sweeping America—and it’s reached the Land of Enchant-ment. Pho, a popular, comforting noodle dish, is a delicious and herby soup that’s popular among Vietnamese cuisine. Whether you like it served with beef or of the vegetarian variety, you’ll find it at these 8 best pho restaurants in New Mexico.

Beef noodle soup, pho, is the national dish of Vietnam—it’s their comfort food chicken noodle soup. The pho here is … pho-nomenal. It’s all about the broth which is so flavor-ful you could just eat it. But there’s more. Added to this liquid yumminess are fresh rice noodles, chopped green, and white onions and cilantro. But there’s more. The extras in-clude bean sprouts, basil, cilantro, jalapeños and lime. But there’s more. Choose a meat … the brisket is a favorite. It comes in a medium or large bowl—both are enough for two.

Here’s a little bit of southern Vietnam in southern New Mexico. Local produce is at the heart of each dish which are all made fresh to order. Pho, which most Vietnamese start eating as soon as they can hang on to some chopsticks, is a signature one-dish meal served here for lunch or dinner. There are a wide-range of choices, all of which, of course, begin with beef broth and the rice noodles—add to that meat balls, rare beef, shrimp or even chicken. Dine-in or take-out.

This family-owned restaurant celebrates their Vietnamese heritage in the food and in the establishment’s name. The 79 is a reference to the year, 1979, when many Vietnamese refugees immigrated to this country. The pho is authentic, made with a delicious blend of deep, rich beef broth, spices, vegetables and a choice of meat. Served on the side are bean sprouts, jalapeño peppers, lime wedges, cilantro and mint leaves. Vegetarian and vegan options on the menu, also.

The origins of pho may be French, a take-off of pot au feu, but the flavors are all Viet-namese, brought to life by the owners at this traditional restaurant. Make no mistake, this is a rice noodle dish that just happens to be paired with a full-flavored beef broth. It’s a meal, one that generally entails taking some home. Standard ingredients include bean sprouts, lime, jalapeños and basil, then choose either steak, tendon, crunchy pork, brisket, flank steak or, take a walk on the wild side and put two or three meats together.

Asian cooking covers a wide-range and includes East Asian, Southeast Asian, South Asian, Central Asian and Middle Eastern. You’ll find a smattering of tastes from all of these at this locally-owned eatery, opened by Chinese immigrants. It’s been named “Best of Taos” multiple times. The pho is made in the traditional Vietnamese way with fresh, rice noodles in a piping hot full-flavored beef broth. Plenty of choices for vegan and vegetarian diners.

You will not leave hungry after a meal here. Named “Best of Clovis” for a number of years, the restaurant serves a pho made with all of the to-be-expected ingredients that capture the essence of its Vietnamese origins. For non-meat eaters, the veggie pho is a flavorful alternative. It’s a small place chockfull of quality food, good service and a friendly staff. A culinary surprise in the New Mexican desert.

Bright, fresh looking, and stylish with an aroma that pulls you in are three good reasons to dine here. The best reason to dine here, however, is the pho. It’s made with a variety of ingredients but the primary ones of beef broth and rice noodles are the mouthwatering base of this dish. The combination is also jam-packed with rare steak, well-done flank, brisket, tripe, tendon and beef meatballs and comes in a small, medium or large bowl. Other choices include any one of those meats or chicken or shrimp. A vegetarian option comes with tofu. All are served with green and white onions and cilantro.

This tiny restaurant blocks away from the bustling downtown section of the city is a great place to retreat to when you’re in the mood for Vietnamese food … or if you’ve never tried it. The food is traditional, made by those who grew up eating it. The chicken pho is a highlight and comes with basil, bean sprouts and cilantro floating in the luscious beef broth with rice noodles the dish is known for. It, of course, also comes with a choice of beef options. The real fruit Vietnamese-style shakes are a refreshing addition.