The 7 Best Speakeasies in New Mexico! 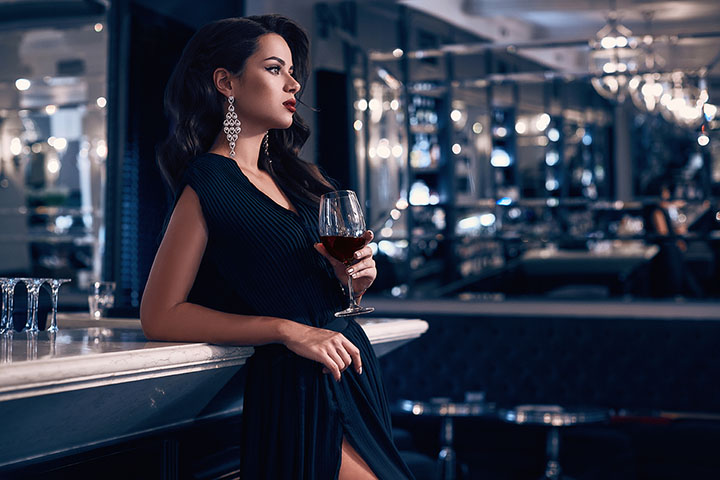 Speakeasies: Hidden, small, intimate spaces with popularity that grows by word of mouth. These Prohibition-era-style lounges, bars, and eateries don’t boast flashing neon signs, but offer a cozy and secretive comfort not found in other communal spaces. Check out these 7 great New Mexican speakeasies for strong drinks and a cool atmosphere.

Black diamond walls and red velvet curtains set the mood for this modern-day speakeasy. With only a red light to mark the hidden entrance, much like in the days of Prohibition, you only know it’s there, if you know it’s there. You even get to knock three times and say a password to enter. There’s more than just artisan cocktails, however. The menu is varied and inventive, intoxicating music creates a soothing mood and the private nature is just right for a secret night out. Cocktail hour 4:30 to 6:30 p.m., Monday through Friday.

The infamous Route 66 is home to many historic sights, but not many bars that opened right after the repeal of Prohibition. Silva’s Saloon is one, and it’s worth stopping at. It began when bootlegger and moonshiner, Felix Silva Sr., decided to capitalize on his talents and open a small, neighborhood bar. His son, Felix Jr. now runs the place. The interior is dominated by a horseshoe shaped bar, complete with a treasure trove of dusty old spirit bottles from the 1930s. True to the speakeasy tradition, you won’t find any food here.

Named one of the 10 best bars in the America by Men’s Journal, this bar has had its share of celebrities come through the doors, including the Blues Brothers. In fact, the building the bar is in was built in 1870 and the story goes that Billy the Kid was a patron. El Patio opened in 1933, as Prohibition was coming to a close. This family-owned bar has been a landmark on the Plaza for 75 years. It’s a full-service bar that only serves drinks. Drink specials every day and live music most nights.

You might just miss this bar, except for the sign that boasts an angel glowing over a fiery devil, hanging out 20 feet up. It looks like a liquor store, because it is, in addition to being what some would consider a dive bar. A couple of small tables and a handful of stools are the seating arrangements. On sale is beer, wine and alcohol. In the category of stranger things, you can buy a beer, open it and drink it right inside.

Another underground bar … literally. You descend a flight of stairs on a side street off the Plaza into a room covered in velvet paintings and bits and pieces of bullfighting stuff. Whiskey bottles line the wall behind the bar. The place only seats about 60 people, so find a seat and keep it. No fancy drinks. Get a shot and chase it with a Pabst Blue Ribbon. No credit cards—cash only.

Although Molly, for whom the bar is named, is no longer around her family continues to run this hidden gem of a bar that’s been around since the 1940s. Full of New Mexico hospitality, this is a place to come, listen to some music, play some pool and shoot the breeze with the locals. Drinks are cold and the vibe is warm. No food.

You either have to join this Club or know someone to get it, much like it would have been at a Prohibition-era speakeasy. You might walk right by the nondescript outside, but don’t. The drinks are cheap and the diverse music makes for a blasting good time. A great place to chill with friends, new and old. Open 3 p.m. until close.

View more New Mexico Bars and Saloons.
Select a New Mexico town to find
the Best Things-To-Do and Places To Go around you